The Man Walk: An Idea For Our Times 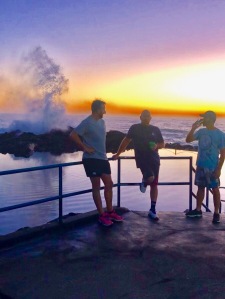 When local physiotherapist Mark Burns first started his early morning walking in the beginning of last year, he had no idea it would be the genesis of an international movement.

Within a couple of months, some mates joined in and they soon felt that their informal group was something that other men would benefit from.

“It only took us ten minutes to decide on our name and guiding principles: Walk, Talk and Support,” says Mark.

“We wanted to give men a free way of regularly connecting and communicating, while getting the physical benefits of exercise.

“We are a group of blokes having a walk and having a yarn. We talk absolute rubbish most of the time, but there is an opportunity to open up if you want.

“Many of us no longer have the network of regular sport, and we are too young for the Men’s Shed, so we’ve fallen through the cracks for social interaction outside of work and family.”

The concept really took off when an invitation to join a new group in Wollongong went viral on social media.

“A Parramatta bloke was walking on his own for a couple of weeks, and now he has ten people joining his Walk. It just happens.

“You don’t need to tell anyone you are coming or not coming, you don’t have to sign up or pay or do anything – you can just check on facebook for a group near you and go along when it suits.”

The only thing that is structured about the Man Walks is a regular meet-up time and location.

As an example, the Kiama group meets at Short Black at 5.45am, Monday to Friday, to grab a coffee to take on a 45 minute walk. 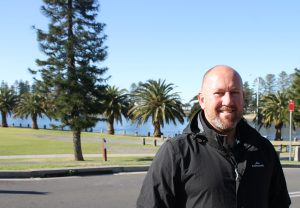 “This timing suits a lot of people who are working and have young families,” says Mark.

“It’s really important that it doesn’t interfere with family time.”

He’d welcome other groups starting up in Kiama, at other times that suit a different demographic.

Published by The Bugle to read more open the attached link  https://thebugleonline.com/2019/08/08/the-man-walk-an-idea-for-our-times/?fbclid=IwAR3xP5bbPYOuHQ4C0nCBNd05f4sFoUiuAgOVjfDgp1Q1bEUypR3t6tyBiYI